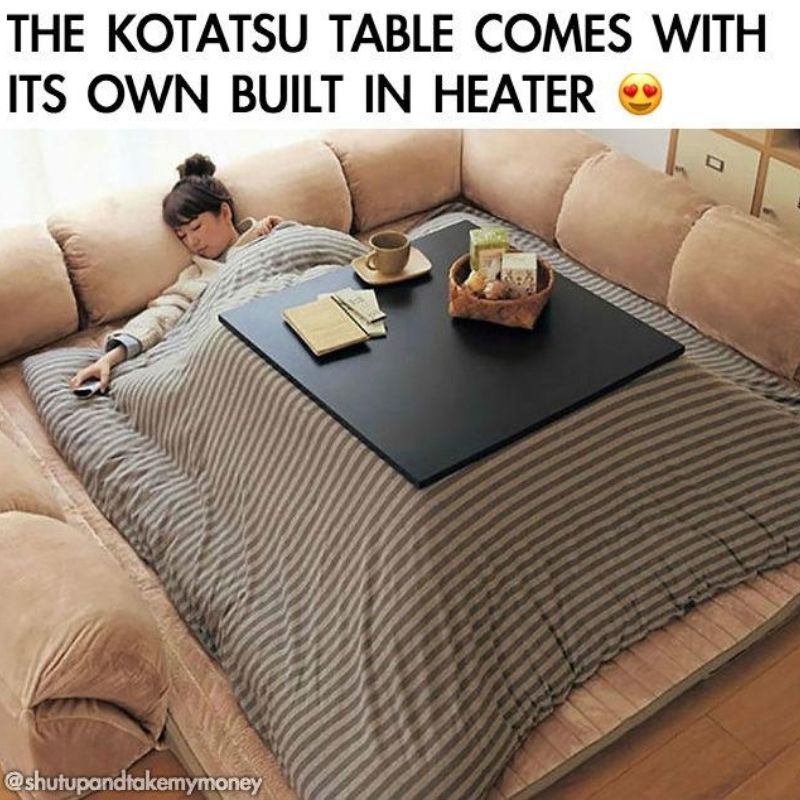 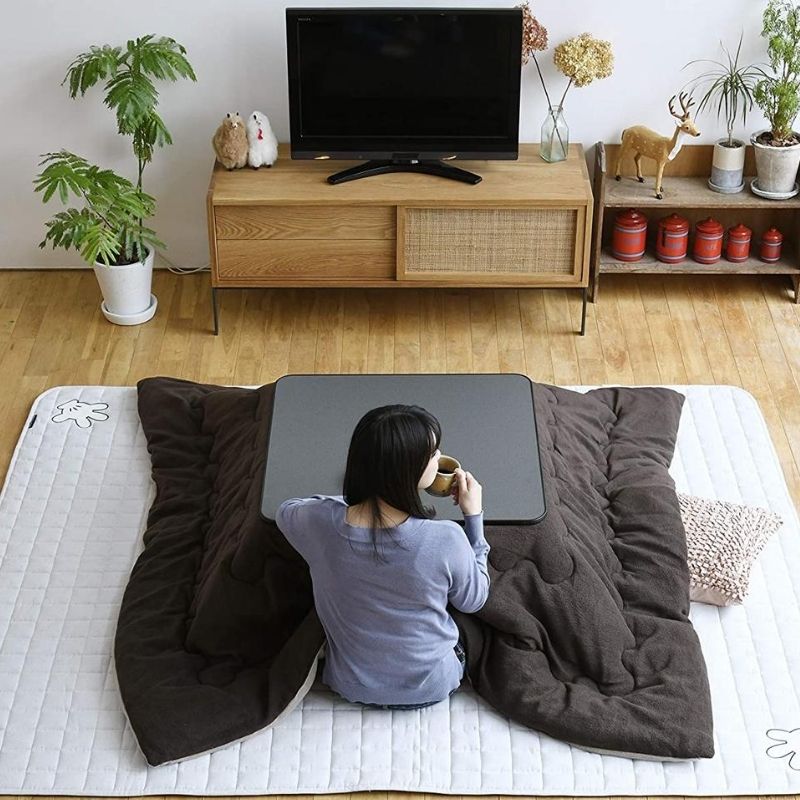 I bought this on a whim because Bitcoin was high and I suddenly was rich. Probably my favorite thing to have bought in that state of mind.

I’m gonna explain everything about this kotatsu in this review.

I got free shipping via Amazon, and then the Japanese company that sells this said it would arrive in three weeks or so. Then, it arrived in six days. Looking through the other reviews, this is pretty common so props to this company for going above and beyond.

The size is about three feet by three feet, and about one and a half feet tall. Of course, you need about five feet by five feet of space to put it in so that people can sit around it.

There are things you need to buy with this.

One is a power step up converter, as this kotatsu comes with a Japanese cord on the end of it, and is set up for 220 power. Here in the USA we use 110. (Some people don’t know). I only got a 500 watt converter. Keep in mind that you need both the physical converter and the power converter, so make sure whatever you get has both.

You don’t need a specialized kotatsu blanket to go with this. Since I got my kotatsu table so early before the other stuff arrived, I ended up just throwing a few blankets I already had onto it. It worked fine. Maybe not pretty, but all you’d need is a king sized blanket to work with this, and that can look nice if you wanted it to. Anyway, you don’t need to spend 120 dollars or whatever for the kotatsu blanket.

The last thing you absolutely need with this is either a carpet or something soft to sit on. You sit directly on the floor, and I have wood floors, so i ended up putting camping mats underneath it. The Japanese are more cultrually used to that than us Americans. Just be aware of this.

As for the actual functionality of the kotatsu, everything is in Japanese. The instructions are easy to figure out with just the pictures and I had it all assembled in 15 minutes (they even give you a screwdriver so I didn’t have to look for one).

To turn the unit on, there’s an on and off switch on the cord. Its in Japanese, but the side of the switch with the 1 etched into the plastic on it is the on side (something that took me almost a month to find, seriously just found it while trying to write this review).

Looking at the other reviews, other people also miss the dial heat control on the inside underneath the table.

Lastly, watch out for falling asleep under this thing. Its not dangerous, but there have been about seven times where I sat down with my laptop trying to do homework and I woke up four hours later. 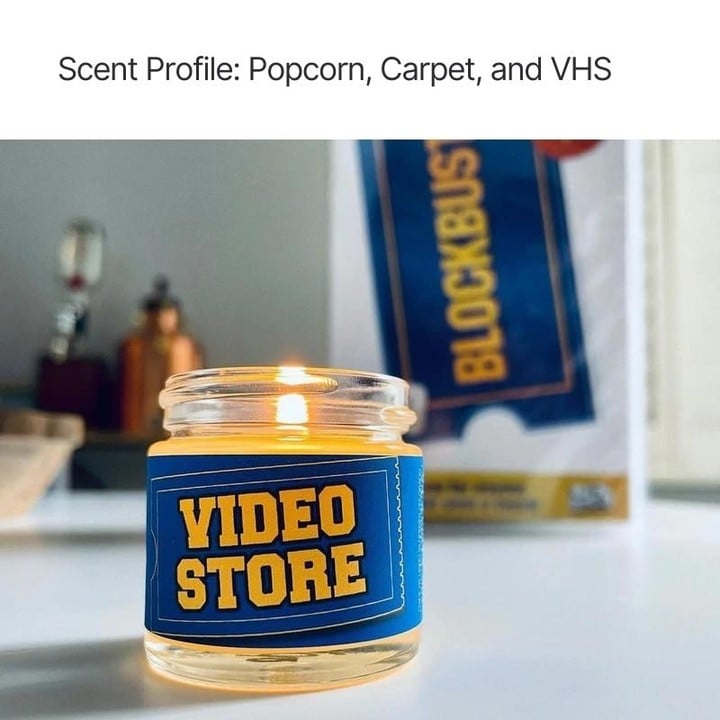 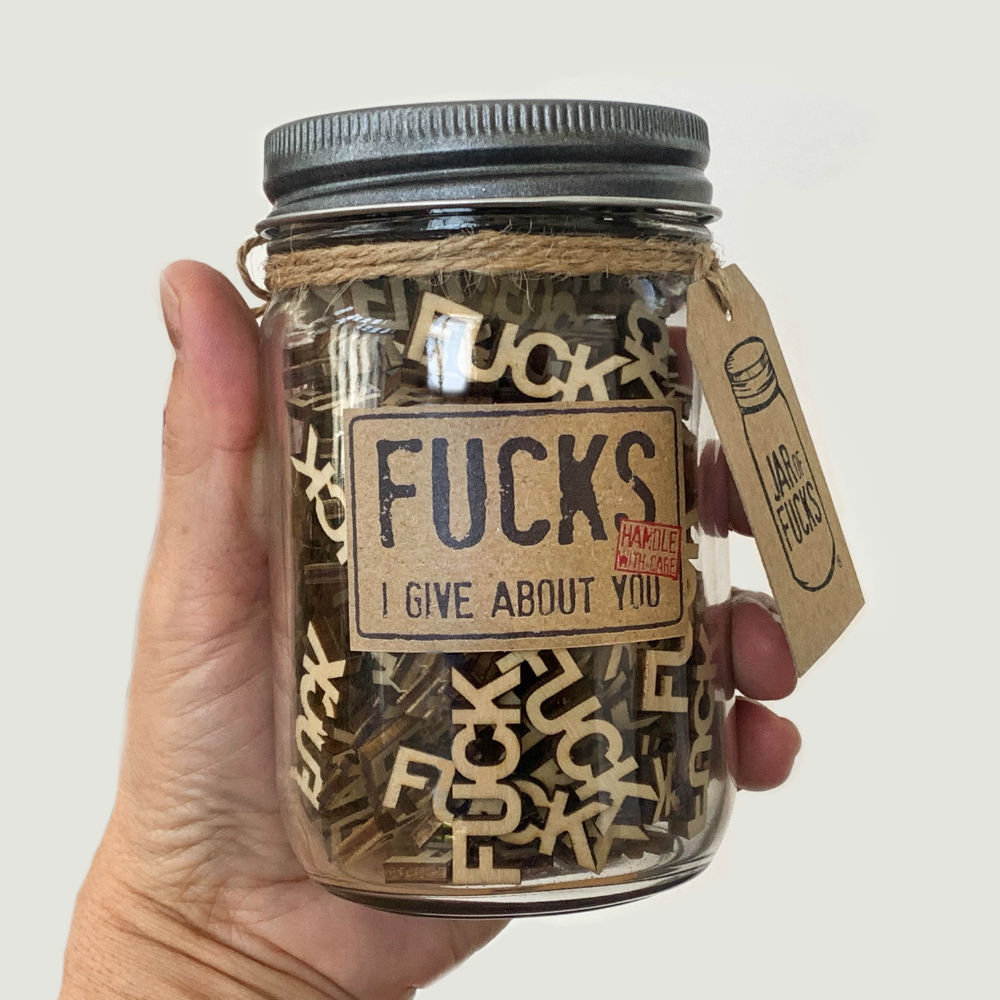 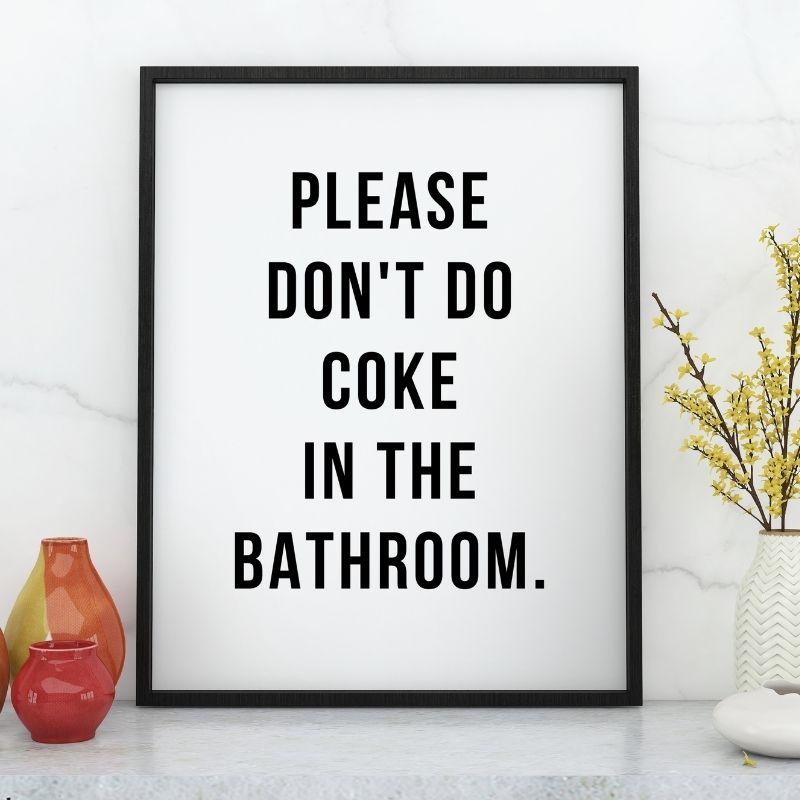 Please Don’t Do Coke In The Bathroom Poster 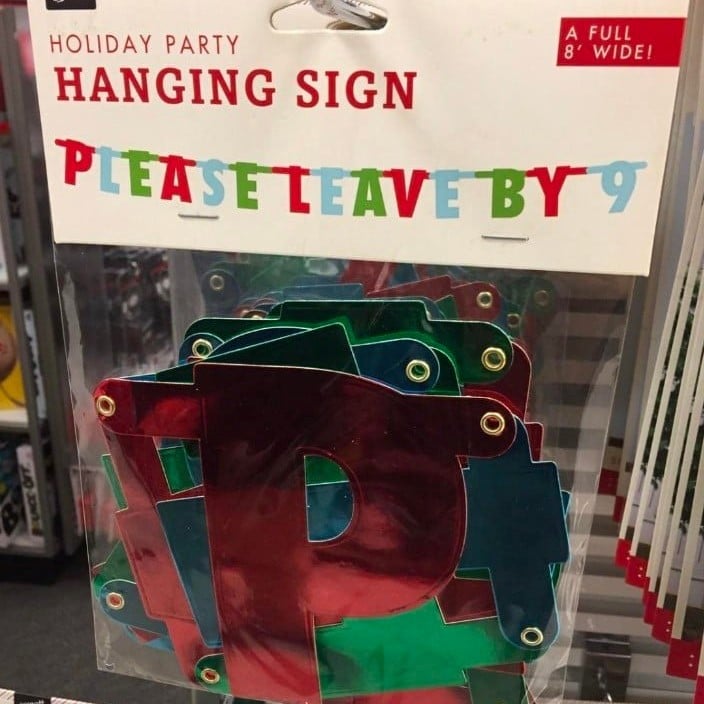 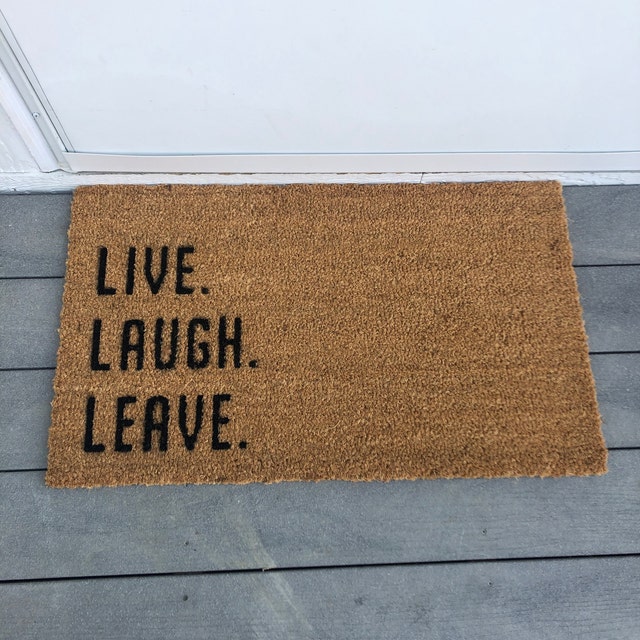 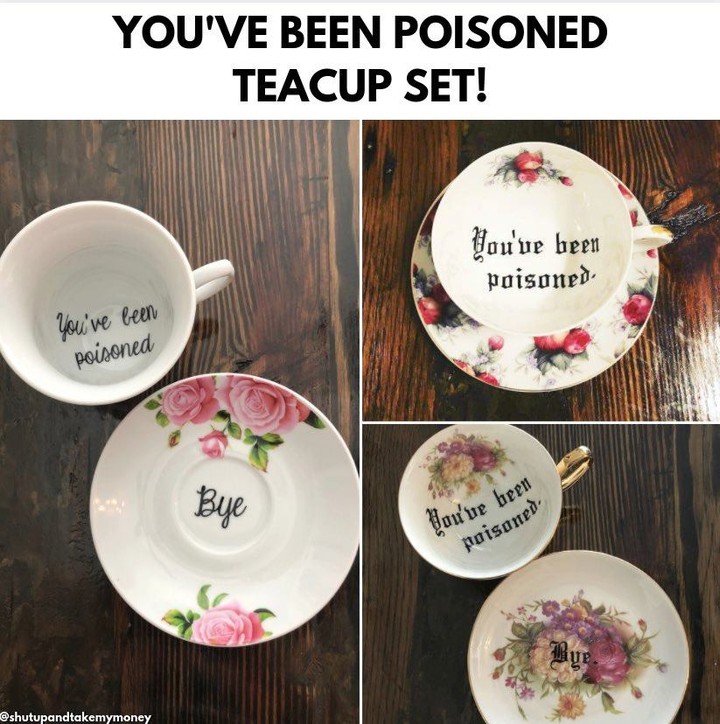 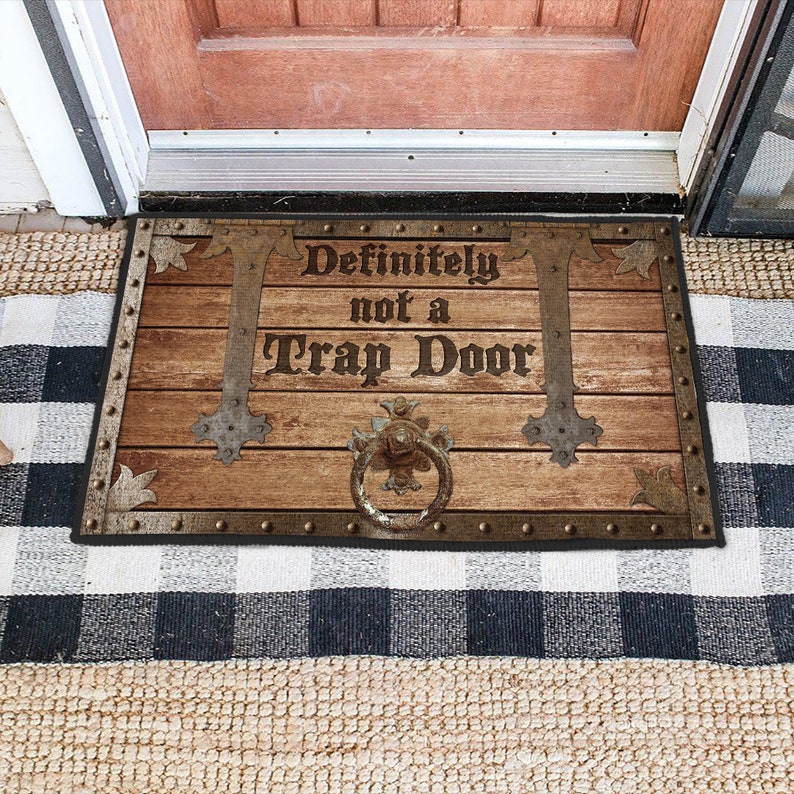 Definitely Not A Trap Door Doormat

Definitely Not A Trap Door Doormat
$42

Maury Board Game – Separate the Maybe-Daddies from the
$18.45 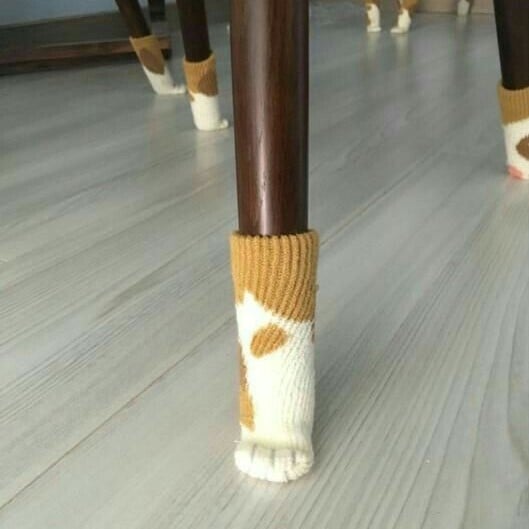 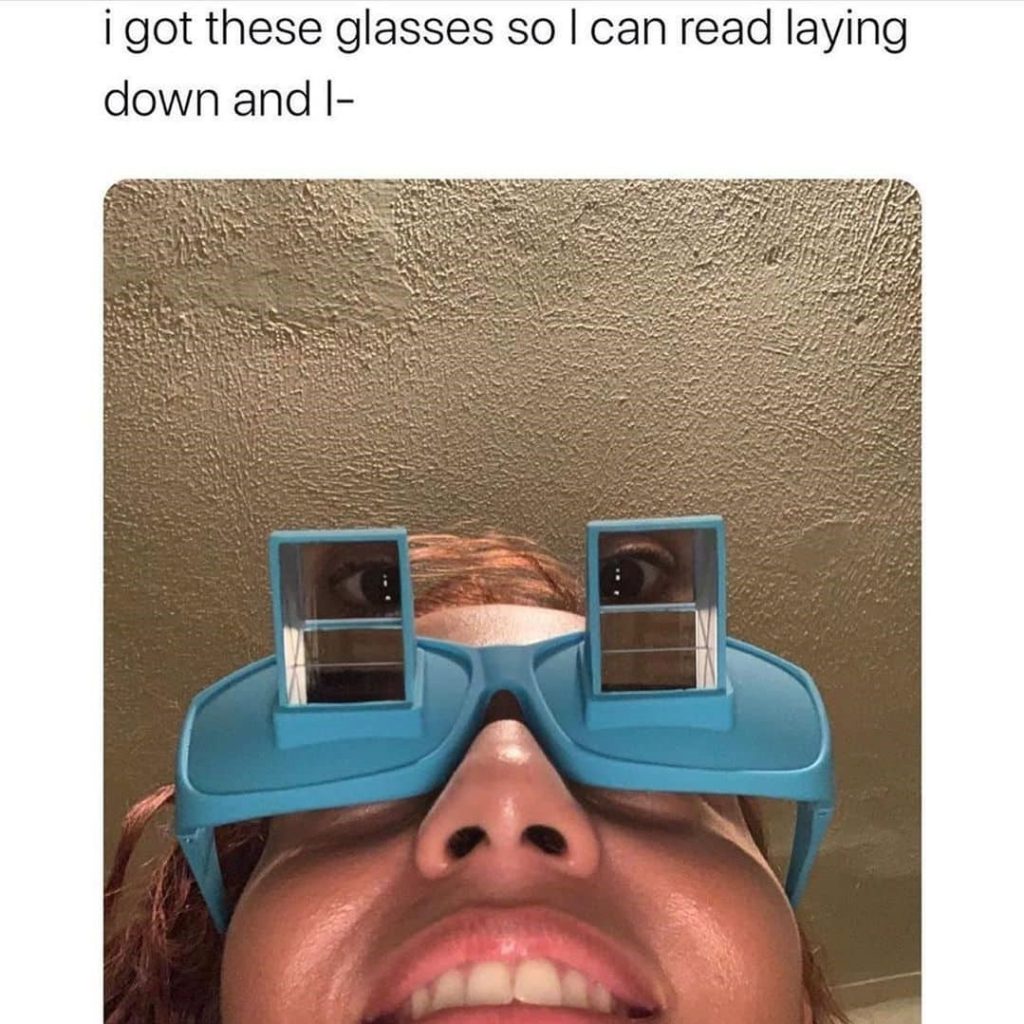 Lazy Prism Glasses -Do you spend time reading or
$15.99 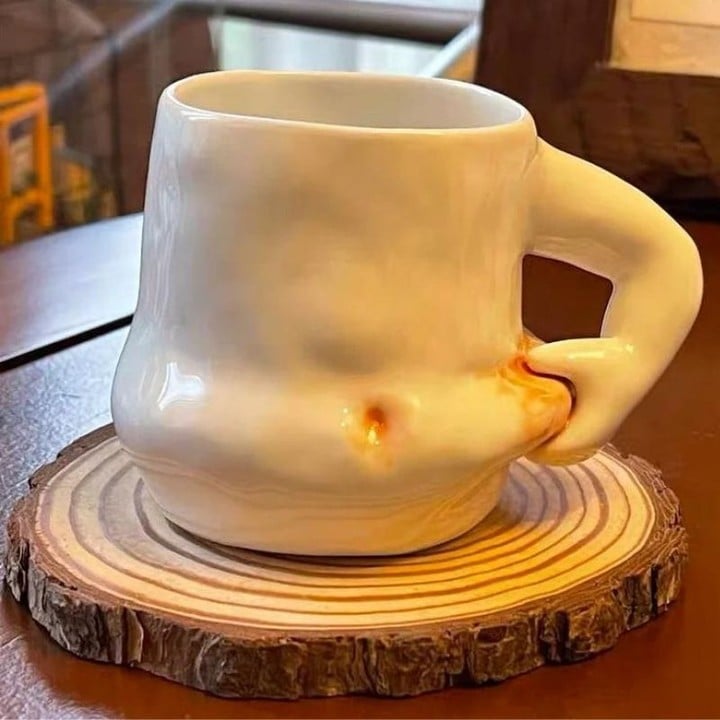 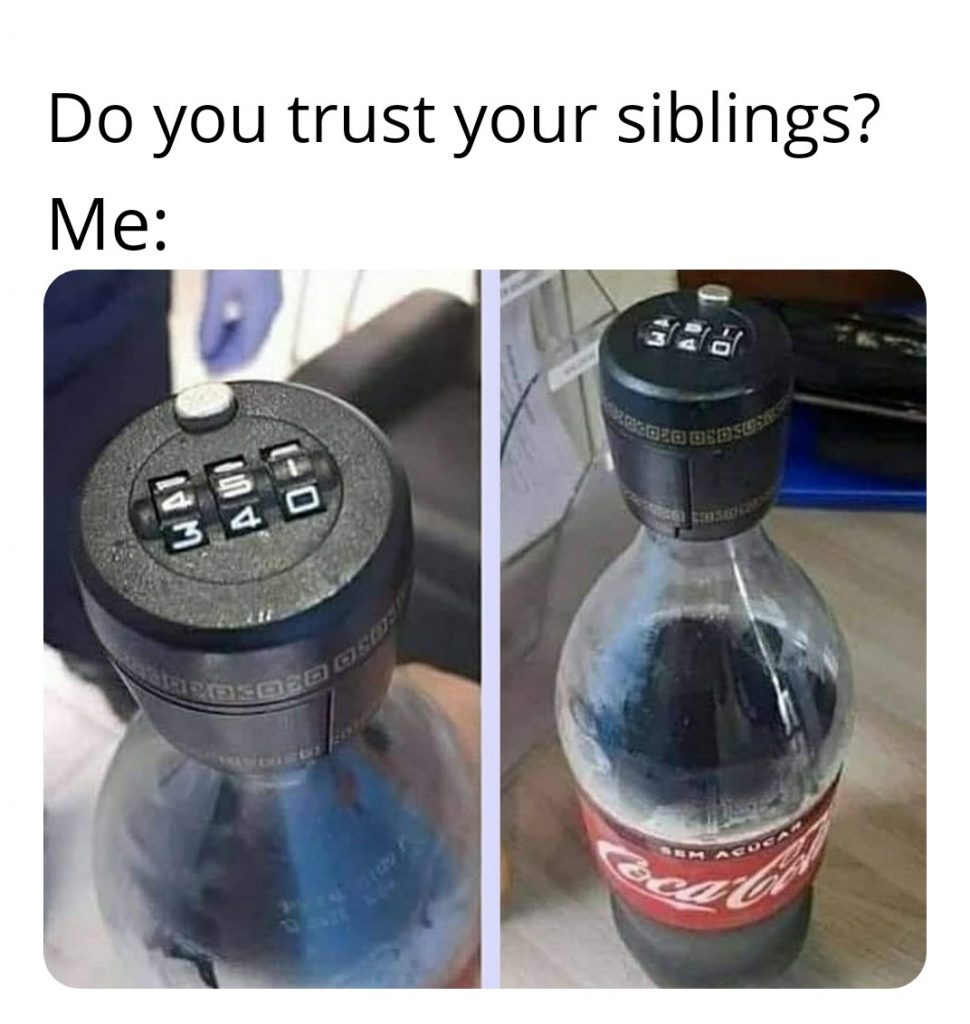 Bottle Lock – Keep your drinks safe with this Bottle
$8.99 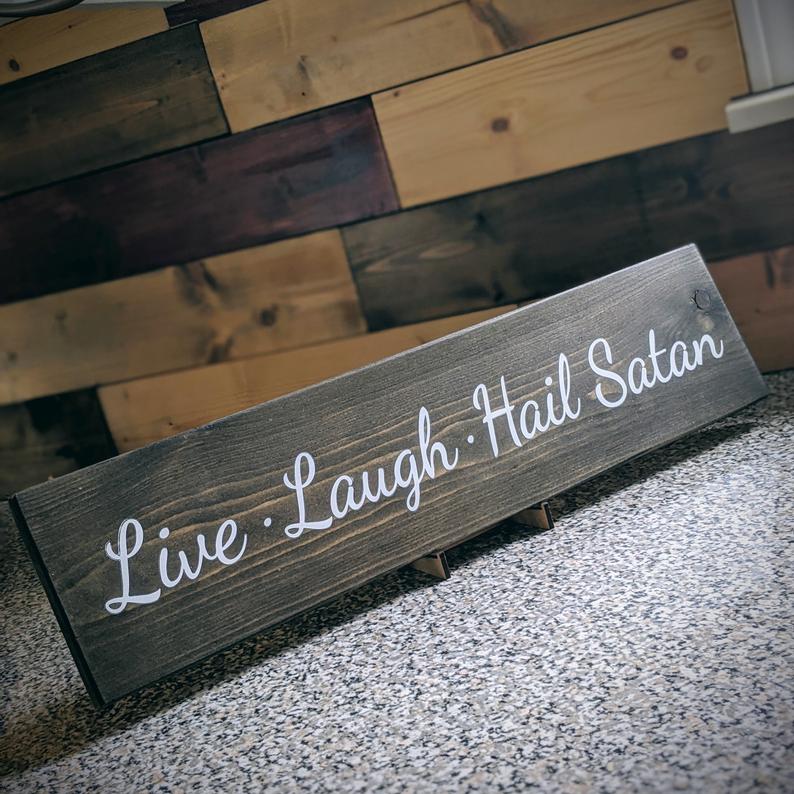 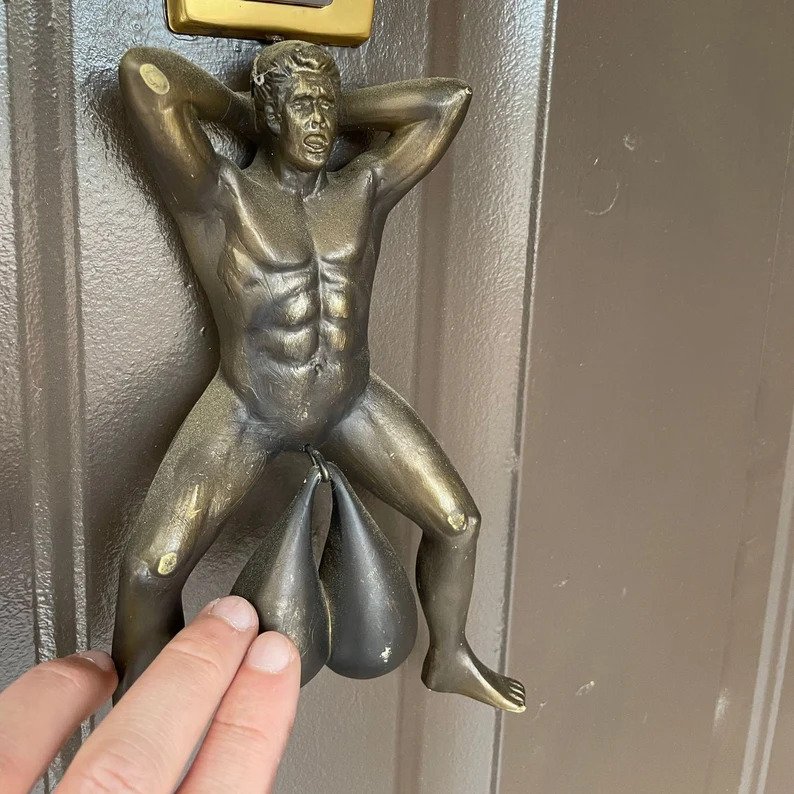 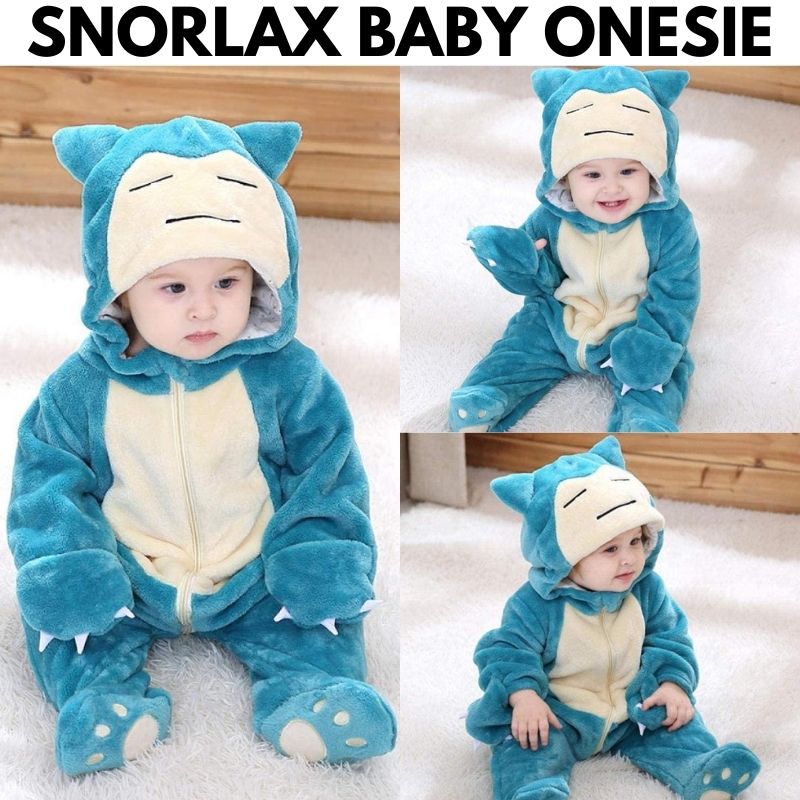 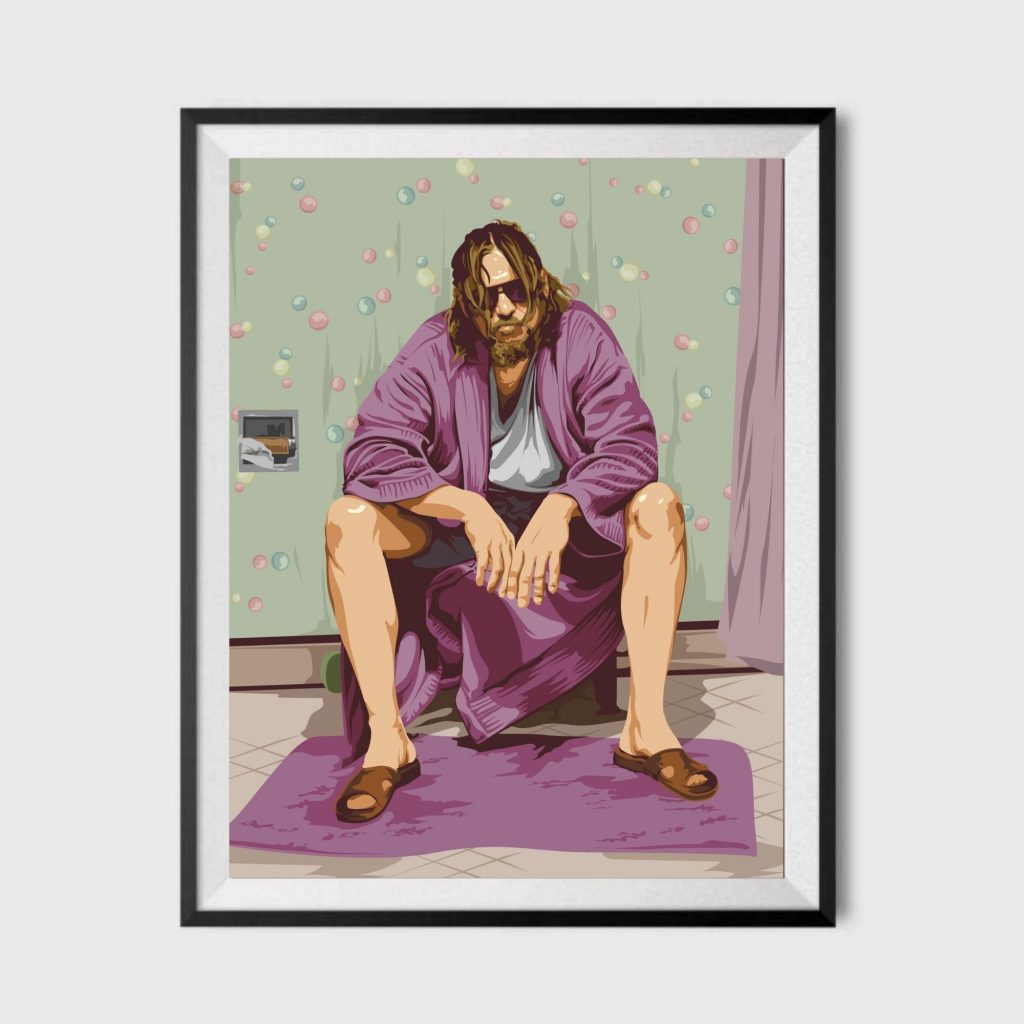 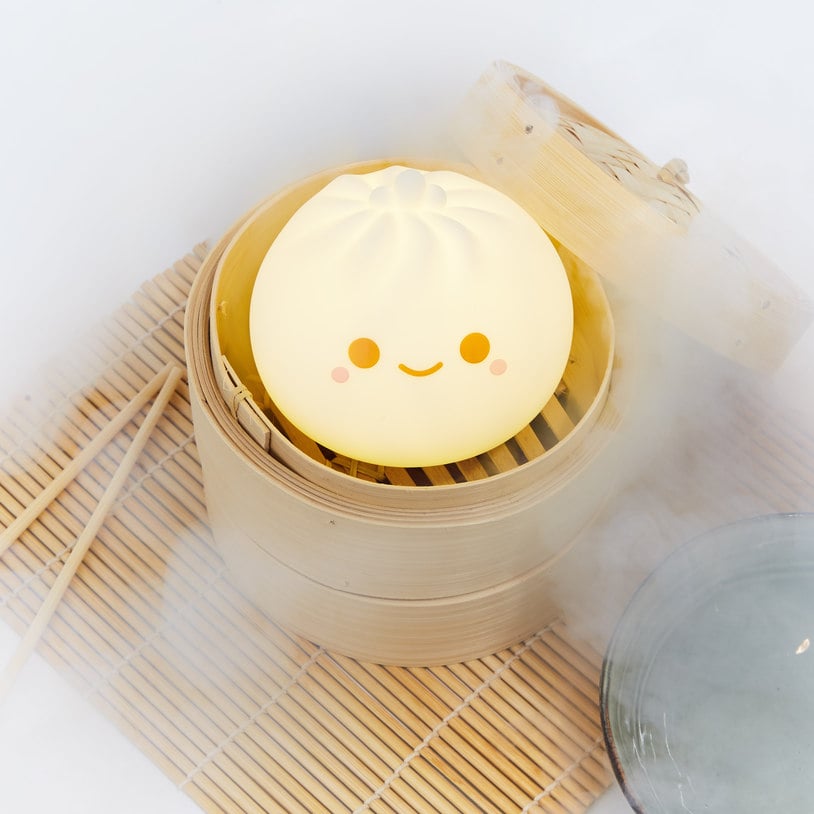 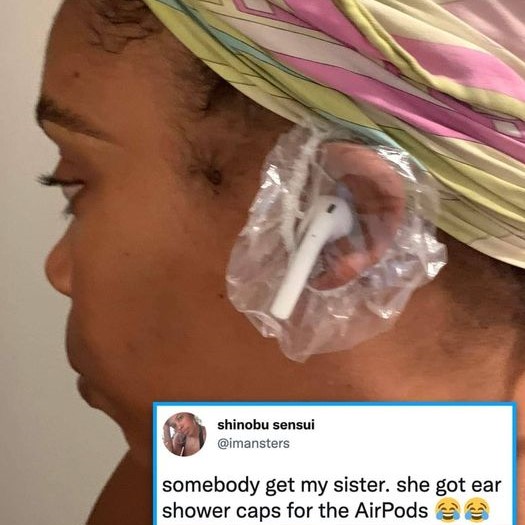 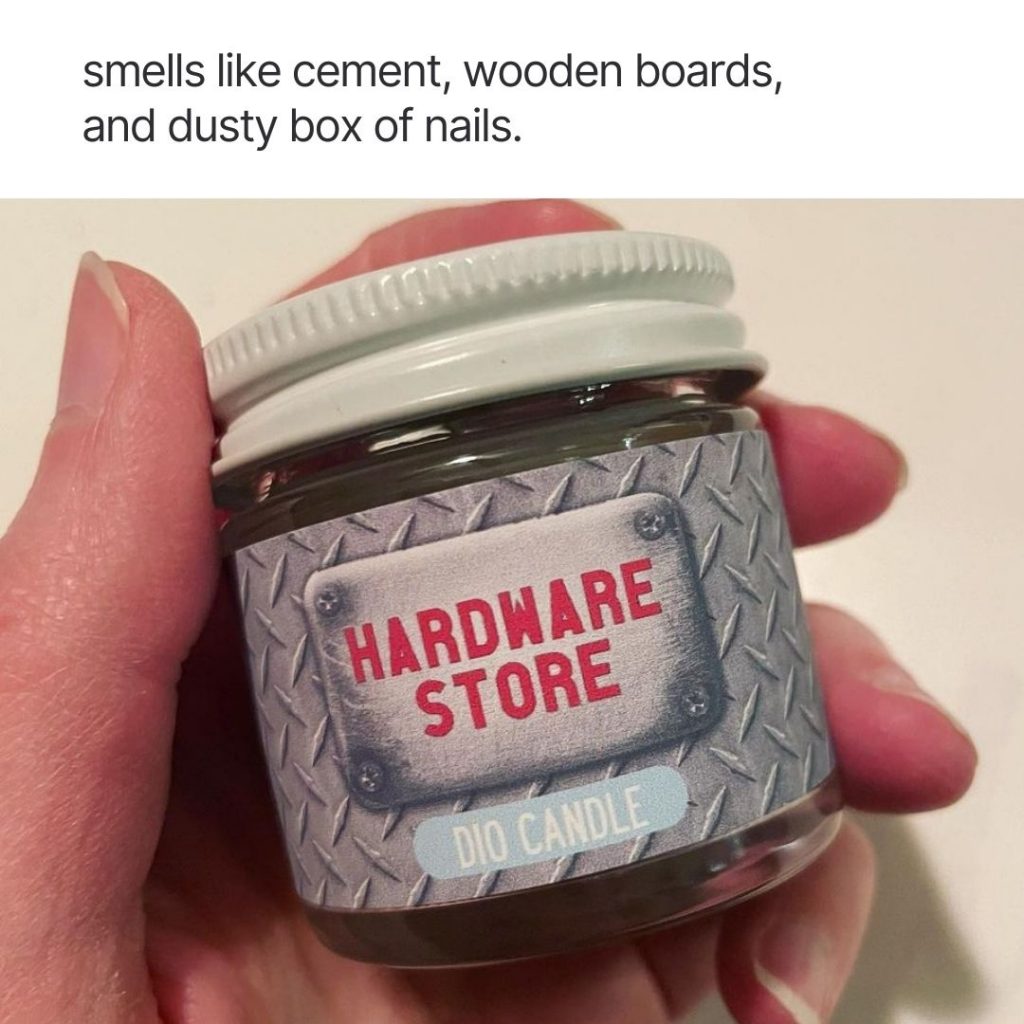 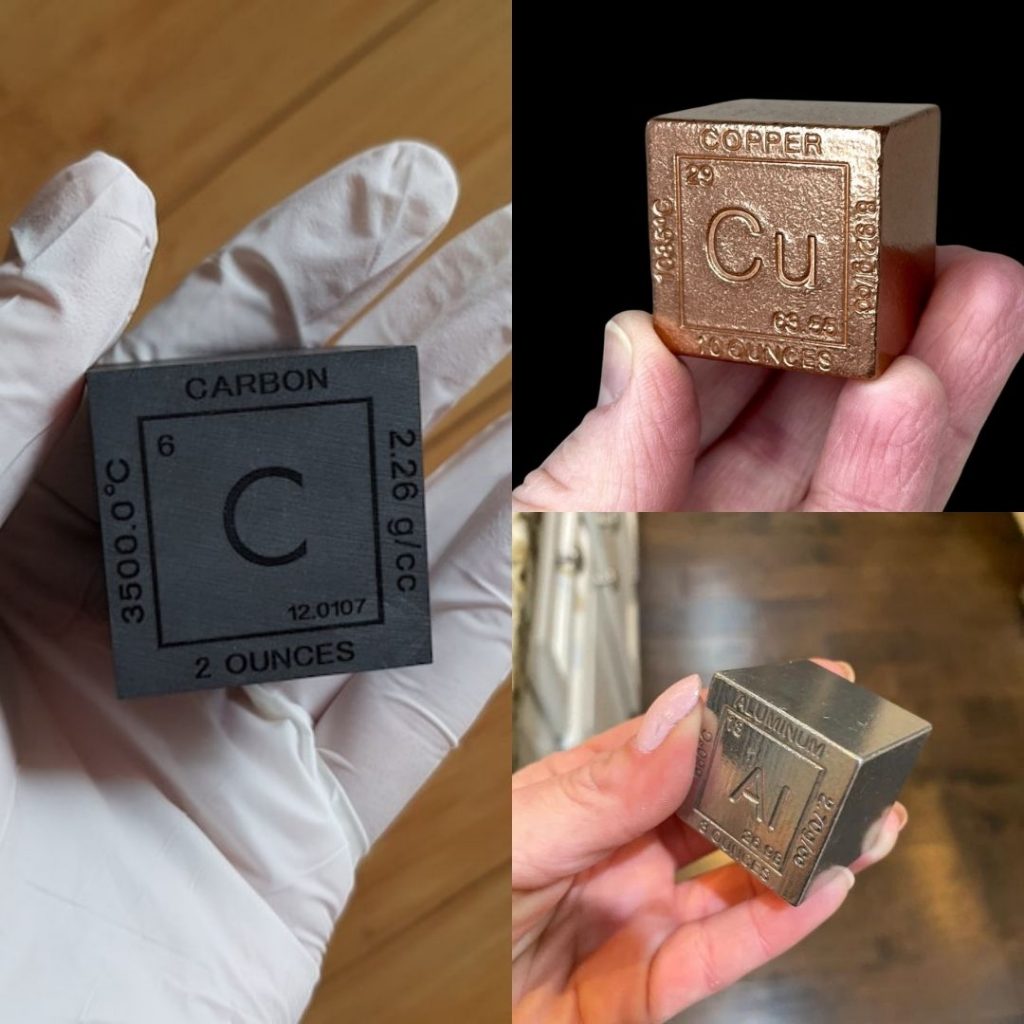